The global fur trade is big business and worth over $22 billion.1  Despite the tsunami of brands pledging to steer clear of fur, and the huge risks the fur industry brings to containing virus outbreaks like COVID, brands such as Fendi and Max Mara continue to sell it all around the world. Fur is also an incredibly cruel business that sees millions of foxes, minks, raccoon dogs, rabbits and other species kept in horrific conditions and brutally slaughtered for their fur every year.

Each year more than 100 million animals are killed by the fur industry. Be it raised on a farm or hunted and trapped in the wild, the treatment of animals used for the fur trade is inherently cruel and causes enormous animal suffering.

95% of fur comes from animals that have suffered their entire lives in factory farms, where they experience horrific cruelty and extreme stress, fear and suffering throughout their short lives. Millions of foxes, minks, rabbits, and even cats and dogs, are kept in horrific conditions and brutally slaughtered for their fur every year. On fur farms:

For those animals trapped in the wild, the horrific use of steel-jaw leghold traps, body-gripping traps, underwater traps, and wire neck snares inflict extreme pain and suffering to animals. Animals may suffer for days, or die through blood loss, thirst, exposure, or starvation before the hunter returns to check on the trap. Animals that manage to stay alive until being found are often brutally killed through drowning, suffocation, beatings or have their chest crushed by a foot or knee.

More than 100 countries have banned the use of leghold traps due to the extreme suffering and pain they cause to animals. In the U.S., however, leghold traps are still one of the most commonly used traps by commercial and recreational fur trappers.

Fox suffering in a fur farm in Finland

All so that someone can wear their fur.

All this suffering is completely indefensible. It is also completely unnecessary.

But there is hope.

What are we doing?

The fur free movement has made remarkable progress in recent decades. At least 1,600 fashion labels, including Prada, H&M, Gucci and Adidas, for example, have committed to being fur-free as part of the international Fur Free Retailer Program (FFRP) and major cities and fashion events are taking a stand against fur.

As a member of the Fur Free Alliance, FOUR PAWS is proud to support the FFRP, and in the U.S. we are involved in several national coalitions working towards legislative change for a fur-free future.

In October 2019, California became the first U.S. state to adopt a ban on the sales and manufacture of animal fur products. The legislation will go into effect in 2023 and follows similar sale or import bans in the California cities of Los Angeles (2018), San Francisco (2018), Berkeley (2017) and West Hollywood (2011).

In Massachusetts, Plymouth became the fourth state municipality to ban the retail sale of fur in 2022. It follows similar fur sales bans in Brookline (2021), Weston (2021), and Wellesley (2020). Wellesley was actually the first municipality in the U.S. outside of California to pass a ban on new fur sales.

Nationally, a federal bill was introduced in the U.S. House of Representatives that would prohibit the import, export, transport, sale, or purchase of mink in the U.S. This bill is part of ongoing efforts to stem possible mutations of the coronavirus, as fur farming not only causes immense animal suffering but also presents serious public health risks.

In the European Union (EU), Austria, Belgium, France, Ireland, Italy, the Netherlands, Luxembourg, Slovenia, the Czech Republic, Slovakia, Croatia and Estonia have already banned fur farming. Malta has also announced a ban on the production of fur, and Bulgaria has banned the breeding and import of American mink.

In addition, the United Kingdom, Norway, Serbia, the Republic of Macedonia, Bosnia and Herzegovina, and Japan have also banned fur production. In other countries, legislative proposals to ban fur farming are currently being considered or have already been announced. In Germany and Switzerland, the husbandry requirements are so high that fur farming would be unprofitable. And in 2021, Israel became the first country in the world to ban the fur trade.

FOUR PAWS was born out of a determination to end fur farming – and this determination has only grown. We continue to support the highly successful Fur Free Retailer program and, through our Wear it Kind program, we are building a global movement of people, brands, and designers committed to ensuring that no animal suffers in the name of fashion.

“Our organisation emerged when we opposed fur farms in Austria, more than a quarter of a century ago.”

How can you help? 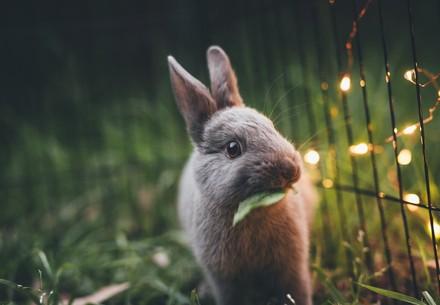 Your questions and answers to our Wear it Kind campaign 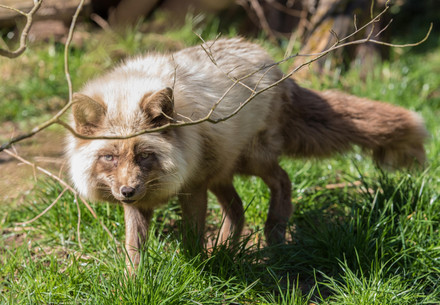